Bitcoin isn't exactly new, well at least with respect to the technology space, which is seeing an exponential growth rate in terms of development and adoption.

While only a little over a decade old, Bitcoin has surely made its presence known, whether you are a technology enthusiast or not, chances are you must have heard of it.

Major investors, businessmen, entrepreneurs, tech moguls, politicians, and even celebrities seem to have a take on digital currency, with bitcoin popping up on media channels almost regularly now.

And let's not forget the one thing that gets quite a few people excited about bitcoin, its price.

With so much action going on in the crypto space, it's only natural you must have contemplated getting some of your own, but think that it's too late to buy bitcoin given that each piece is now priced at over $30,000.

But are you really late? Well, to answer it as simply as possible, you are not.

Bitcoin is a unique asset in that its supply is limited. Unlike traditional fiat currency where money can be printed at the will of the centralized institutions that control it, bitcoin's supply cannot be altered or manipulated.

Bitcoin's supply is capped at 21 million, and once all the BTC are mined into existence there will be no new bitcoin created. So with time as the demand increases and supply decreases the price of each bitcoin is set to adjust accordingly.

Looking at the logarithmic regression of the bitcoin price [also known as the rainbow chart], which takes the historical data of bitcoin price and charts the future trajectory of its price movement, shows a clear upward trend in the coming years.

Another model that seems to have gained quite a following is called the Stock-2-Flow chart, which quantifies bitcoin's total available stock to its yearly flow.

According to this model, with each halving as the bitcoin's flow into the market decreases, the price for each bitcoin would increase. While it has historically failed to match bitcoin's price with its predicted model, the model does seem to hold when looking at the overall trend.

Another great indicator of any asset's success is its adoption by the mainstream audience. And, this cannot be more important for blockchain asset classes such as bitcoin which is essentially decentralized and thrive on community usage.

Thus, as more people enter the network and use it, the stronger it gets. Bitcoin is seeing an exponential adoption within the mainstream with the number of active addresses seeing a clear upward trend in the past years.

The same trend is seen for the number of transactions per day recorded on the bitcoin blockchain.

When we look at bitcoin's adoption from an institutional perspective, there has been a major interest in bitcoin from veteran institutions that are pouring heavy money into bitcoin and other cryptocurrencies.

MicroStrategy and Tesla and by far the biggest holders of bitcoin with holdings worth billions of dollars in BTC.

According to a recent survey done by a London-based crypto hedge fund, Nickel Digital, about 84% of institutional investors see digital assets going mainstream.

Bitcoin volatility is no surprise to anyone who has dabbled in it, and it is perhaps the one thing that seems to scare off most new investors from buying bitcoin.

It can see price drops of more than half its value in a matter of hours wiping off billions of dollars from the market.

But these price drops are also a great opportunity for new investors to enter the market and buy some bitcoin.

One thing to keep in mind while investing in bitcoin is that these price swings are quite common and not to let them get the best of you and ultimately cause you to sell off your BTC.

It really is no surprise that blockchain technology is truly revolutionary which is set to disrupt multiple industries, the biggest one of course being financial.

What's important to note here is that this technology is still in its nascent stage and there is massive scope for development in the future. You can think of it as the Internet in the 90s.

In a matter of 10 years, blockchain has become a multi-billion dollar industry and is only expected to grow as its ecosystem expands.

Bitcoin alone has a market cap of about $600 billion dollars, the highest amongst all the cryptocurrencies.

There is a very common within the bitcoin community which is the that,

The best time to buy bitcoin was in 2009, the second-best time in now

No one can really predict the future, and know exactly what will happen to bitcoin and its price, but given its revolutionary technology and early stage of adoption, it certainly isn't a bad time to invest in bitcoin.

With more developments down the road and wider adoption by the mainstream, it is going to be an exciting time for bitcoin and the blockchain space.

Disclaimer: This article is NOT investment advice, please perform due diligence and know the associated risks involved with cryptocurrencies. 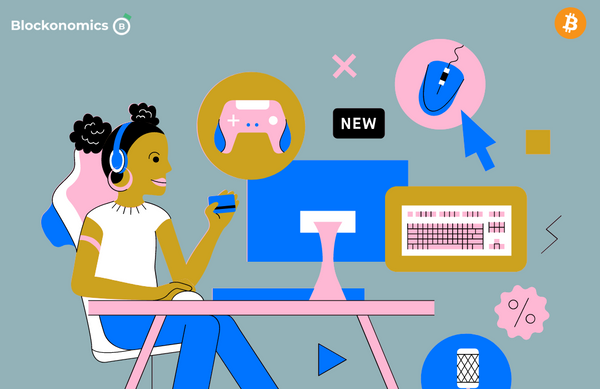